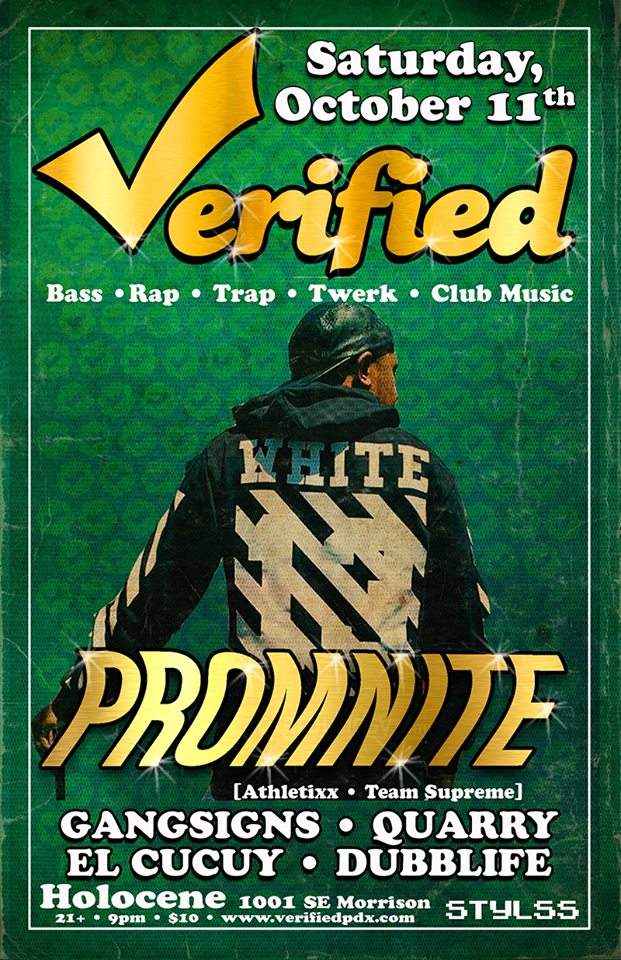 “This that Prom shit.”

As far as we can tell, Promnite’s driving motive as a producer is basically ‘seduce the whole club into cry dancing and/or making out’.

PromNite quietly appeared on the ‘Cloud sometime late last year; quickly getting in-the-know DJs and music journos all excited – Electric Panda nailed the mystery surrounding Promnite: “I can’t even remember where I came across this stuff – but it’s pure gold”. He’s now clocked up close to a million plays on his SC.

If you’re up for some sexually-charged, sensual production, this is your dude. It’s no mistake that producer PromNite released his first 10-track mixtape, Love Songs For What? on Valentines Day. An offering that goes from mellow creamy electronic sounds to sexy 90s R & B flips to futuristic ghetto-house all in the same breath, featuring not one, but two, reworks of T-Pain – PromNite successfully turns the sensual slowness of T-Pain’s ‘Up Down’ into a Jersey Club-style, booty-shaking dancefloor anthem for bad bitches.

It’s not all nostalgia – PromNite’s also turned out super-tight remixes for a couple of the more intriguing contemporary rappers out there – Schoolboy Q, Future and Denzel Curry – his most recent output is a track featuring Chicago rapper Sidewalk Kal. His first ‘official mix’ – for Run The Trap – is also a cracker, loaded with Ciara, Shanell, R. Kelly and Partynextdoor.

Currently playing live label showcases with Team Supreme (Mr Carmack, Hoodboi, Djemba Djemba), PromNite recently signed to the same agency that reps Shlohmo and Falcons, and has an EP on the way this month withAlizzz, as well as several more exciting collaborations with Mr Carmack, Falcons and more – at which point he’s officially going to be on everyone’s radar.